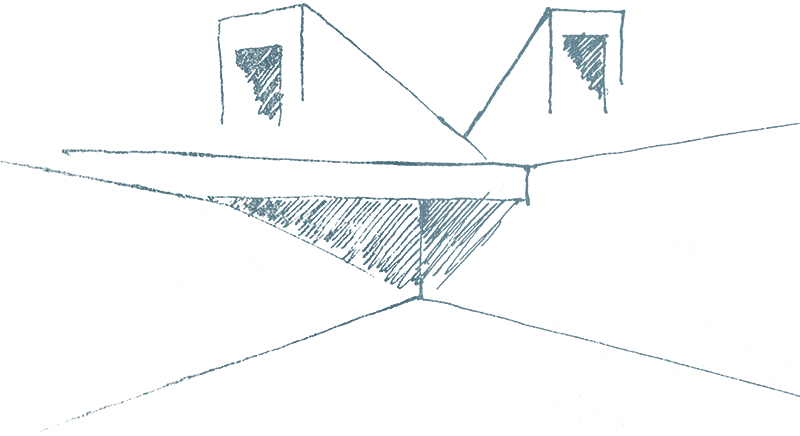 The starting point of the competition consists in the segregation of the land subject of the project in 4 plots, which by regulations must have a minimum of 2500 m².

With the certainty that the project must reflect an original but at the same time unitary character, it is obligatory to sketch 4 projects in 4 different lines stitched together by a common denominator, that of the signature of the study, for which a compendium of the most refined aesthetic and conceptual currents that have developed throughout the work of the study. So we bet on the 4 success models already contrasted in the history of our firm.

The remarkable slope of the plot, of descending character from the south-east end towards the north-west, determines a concept of section that is based on the following premises: